In February, another Chinese company, Huawei, first sold in Russia more smartphones than the creator of the iPhone.

Following the results of March Xiaomi for the first time overtook Apple on sales of smartphones in online stores in Russia. This was reported by the electronics manufacturer and three retailers.

Interviewed by Vedomosti experts linked the result of Xiaomi with a successful combination of price and quality, as well as cooperation with the site Tmall, launched by AliExpress for Russia. In February, another Chinese company Huawei first sold in Russia more smartphones than Apple, losing only to Samsung. 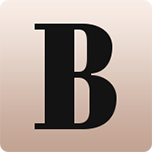