Loneliness and isolation are serious problems of our time. Fribo monitors what a person does at home, and encourages him to communicate with another robot user via chat. Listening to the sounds in the house, he analyzes what is happening – for example, that someone entered the house, switched on the light, cleared, opened the refrigerator, etc. Then this information – in anonymous form – is transferred to other members of the group.

The person who received the message can reply either by writing something to the group chat or by tapping twice on the table next to the robot (Fribo recognizes the sound and sends a message in which it will ask what the friend does).

Looks like Fribo as a character in the animated films of Japanese director Hayao Miyazaki. His body resembles a cat’s silhouette, and in the center of the robot is a screen that displays interactive eyes expressing different emotions. In addition to the screen, there are sensors for lighting, temperature, lighting and distance, as well as a microphone and a sound sensor for receiving information and a speaker for output.

The developers presented Fribo at the conference HRI 2018. Researchers from the University of Jens and KAIST (Korea Institute of Advanced Technology) interviewed four groups of young people who tested the robot within a month. In general, they spoke positively about the experience of using Fribo, noting, for example, that they began to write and call friends more often, but, of course, there were also negative feedback – the testers were worried about privacy issues, given that the robot collected data on their daily activity . 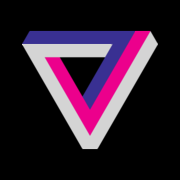