The group of companies Kristall-Lefortovo, which owns brands of vodka “Putinka”, “Stolichnaya” and “Old Moscow”, will stop the production of alcohol, Kommersant reported.

“Kristall-Lefortovo” will close all three plants in Russia and reduce staff. Vodka under these brands can be produced under an agreement with other manufacturers.

According to the publication, the reason for this decision was a large financial debt, as well as the bankruptcy of the distribution company “Status-groups.” “Crystal-Lefortovo” combined with it sales in 2017. 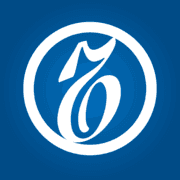